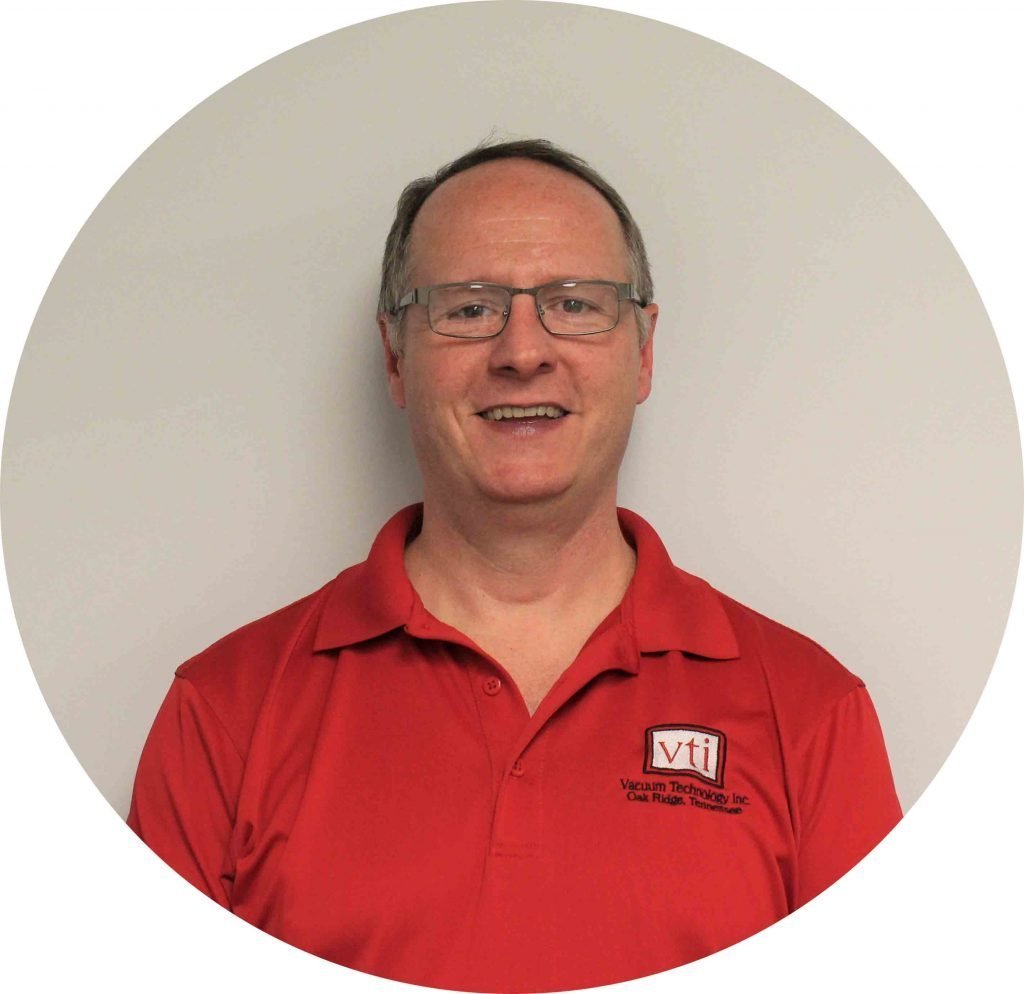 Todd moved to Knoxville in 1993 to attend the University of Tennessee in pursuit of a degree in computer science.   Todd joined VTI in 1997 and worked part time while completing a degree in Electrical Engineering Technology from Pellissippi State Community College.  Responsibilities at VTI included growing the IT Infrastructure, supporting and educating both fellow employees and customers in a world with growing dependence on computers.

In 2001 an opportunity to join the VTI system software and control engineering group came available which added another hat.  Over the years Todd has developed software and control systems for countless machines used in the Automotive, HVAC, Refrigeration, Energy, and Defense sectors for both manufacturing and lab environments.

In 2019 Todd was asked to take the Lead over the Software and Controls Engineering group.  With twenty plus years working and training under, what he considers, the best in the business, Todd has a very strong knowledge base of many aspects of vacuum technology and the systems used in the related industries.  Todd is part of the Customer Support Team and is often the first line of support for VTI’s many customers.  Providing quality support at the highest level is high on his list.