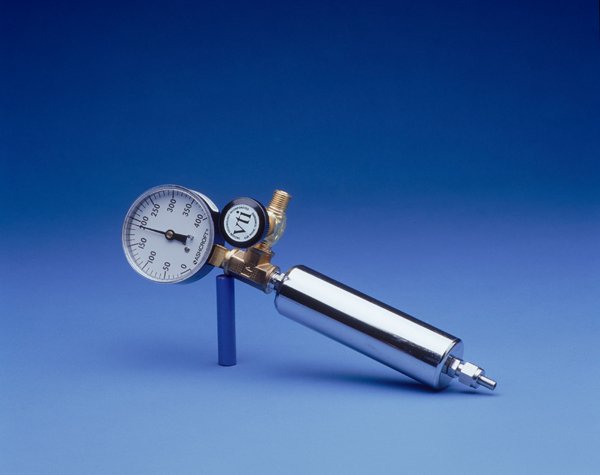 We developed the VSLC Leak Standards specifically for calibrating sniffer leak detectors. Manufactured with a capillary leak element, the VSLC model is great for service in most environments within the usual “Sniffing” range, around 10-3 to 10-6 atm-cc/sec. With the capillary leak element, customers can use the VSLC Calibrators for larger leak rates of 10-3 and higher, and they have a very low temperature coefficient of 0.2% per degree Celsius, which is convenient for applications with wide temperature variations.

Primarily developed for calibrating helium sniffer-type leak detectors, this model is also great for making Calibrators of many other gases and gas mixtures, such as hydrogen, helium and nitrogen.

Plugging is a threat with all capillary leaks. If customers intend to install their leak in a non-sterile environment, they may consider using one of our Teflon permeation leaks instead.

Do you have any questions?